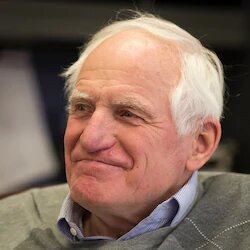 Trento Motors was founded by Renzo Moser in 1959 after immigrating from Italy. The original location was on Lansdowne Ave. in the west end of Toronto. From there, he built his business one work order and one customer at a time.

The company is named after the town of Trento, Renzo’s birthplace, nestled in the alpine hills of northern Italy in the region of Trentino. In 1973, we moved to our current location at 5395 Steeles Avenue West and have been a neighbourhood landmark ever since.

Originally, Trento sold OM trucks from Italy. This was soon followed by Fiat, Innocenti, Lancia, Alfa Romeo, and Lada. Then, in 1980, Trento Motors proudly became Canada’s first Suzuki dealer. Trento expanded even further in 1981 when they were awarded a Subaru franchise. Trento Motors has always been a trailblazer in the Canadian auto market.

In 2000, we became one of the first Kia dealerships to open in Canada.

Trento Motors is, and always has been, committed to providing its customers with exceptional value and extraordinary customer service. Our Mission at Trento Motors is to identify, fulfil, and exceed our customer’s needs and expectation. Our aim is to provide an ownership experience that is second to none and we’ve been doing just that since 1959. Let us put our decades of experience to work for you.

The people you trust selling cars you love.